On May 13, 2020, the Court of Justice of the European Communities published a lawsuit from Rot Front confectionery company (Moscow, Russia) to Roshen confectionery corporation (Kyiv, Ukraine) demanding the cancellation of registration of a figurative trademark for candies ‘Chamomile’ (in Ukrainian and Russian ‘Ромашка’).

Roshen applied for the registration of its trademark in the EU on the international procedure for sweets in Class 30 in December 2016.

In 2017, the Russian company filed an opposition to Roshen’s application on the basis of similarity with its previously protected international registration ‘Chamomiles’ for sweets in the EU countries: Germany, Spain, France, Greece, Latvia, and Lithuania. 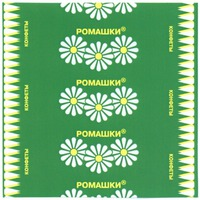 In 2018, Opposition Division upheld the opposition and rejected the application for registration Roshen’s trademark.

However, the Ukrainian company appealed to the EUIPO and won the dispute, having overturned the decision to satisfy the opposition.

Rot Front company continues to insist that the likelihood of confusion with the design of sweets from a Ukrainian competitor exists and it misleads consumers about the manufacturer and filed a lawsuit in the European Court.

‘Chamomile’ is a famous soviet brand of candies. The candies under this trademark were produced in numerous confectionaries around USSR and after its collapse, the rights on this trademark belong in different former soviet states to different local companies.