On August 30, 2022, the Supreme Court of Ukraine upheld the decision of the Antimonopoly Committee of Ukraine in the case regarding the Ukrainian wine producer NVP “Niva” LLC.

The manufacturer placed on the counter-labels of three wines of its own production “LAMBRUSCO” (“SPUMANTE”, “FRIZANTE” and “DOLCE VITA”) information that misled consumers, in particular, the following statements:

– “Grapes of Italian origin are used In production”;

– “Made by Italian technology”;

– “The unique, slightly tart taste is achieved due to the combination of white and red grape varieties of Italian origin”. 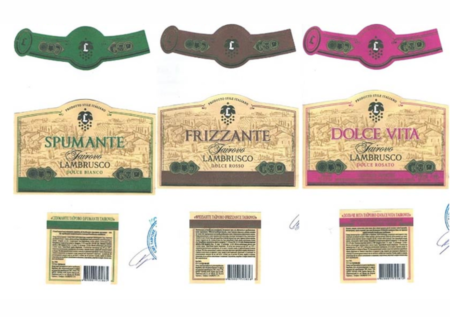 The court supported the conclusion of the Antimonopoly Committee that the use of such markings for labeling products can create a misleading impression on the consumer about:

– production of these wine brands in Italy;

– the use of Italian wine material for the production of wines;

– production of wines according to Italian technology.

At the same time, it was established that, in addition to wine materials, the specified types of wines include grape juice concentrate, alcoholic plant extracts (“Pear”, “Forest berries” and “Tea rose”), and carbon dioxide.

Whereas according to the legislation, wine is an alcoholic beverage produced exclusively from grapes, the strength of which is acquired as a result of the alcoholic fermentation of crushed berries or freshly harvested juice, and in the case of making fortified wines, it is increased by adding ethyl alcohol.

The producer himself was unable to properly confirm the Italian origin of the raw materials used for the production of the wines and compliance with the appropriate technology.

The Antimonopoly Committee emphasizes that the name and type of wine production must be clear to the consumer, specifically and accurately characterize the product, disclose its origin, and provide the opportunity to distinguish a certain type of wine production. After all, when choosing a certain type of alcoholic product, consumers are guided by the information provided by the manufacturer.

The dissemination of such false information may also strengthen the defendant’s competitive position in the market and give it an unfair advantage, not through its own achievements, but through misleading consumers.

In view of the above, Antimonopoly Committee made a decision that NVP “Niva” LLC violated the Law of Ukraine “On Protection from Unfair Competition” in the form of spreading misleading information and fined the company UAH 707,000.

Since during this time the defendant did not pay the fine to the state budget, it increased to 1.414 million hryvnias (38.6 thousand USD) due to the penalty.