The Chamber of Patent Disputes upheld the previous decision of Rospatent and refused to register the combined trademark ‘Fix Price Coffee’ in the name of entrepreneur Semyon Lomakin.

Lomakin filed an application for trademark registration regarding goods and services in classes 7 (vending machines for selling coffee), 30 (coffee; coffee and milk drinks), and 43 (cafes; cafeterias).

Rospatent concluded that the verbal elements included in the designations do not have a distinctive ability, indicate the type and characterize the declared goods, and therefore are not protected for the declared goods and services.

The Patent Office also considered the claimed mark to be similar in execution and executed in a similar color scheme with respect to trademarks previously registered with Starbucks Corporation. 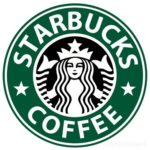 At the same time, a different green color was used for Fix Price Coffee (bright green, lime green), while the branding of the Starbucks coffee chain is in dark green.

In addition, the applicant gave numerous examples of the use by other right owners in trademarks of ‘concentric circles’.

However, the appeal upheld the conclusion of Rospatent.